John Francis Leader, also known as JFL, is a consulting psychologist and cognitive scientist who specialises in experiential learning and mixed reality therapy; assisting people in successfully navigating the physical, the virtual and the imaginary. He runs jfl }{ bodymindself™ and spends his time between training, consultancy and therapeutic work in private practice and academic research which he conducts from the Cognitive Science Programme at University College Dublin.

As part of his applied work John builds multimedia installations: his latest piece, an early demo of which launched at ARVR Innovate last year, is an ex-military 1976 Series III Land Rover fitted with a virtual reality system that overlays a graphically-rendered version of the vehicle’s interior. A motion tracker mounted to the steering wheel allows participants to explore learning-relevant worlds whilst using the act of steering as a metaphor for developing control in their own lives. By placing the vehicle in a variety of computer-generated scenarios, it is possible to leverage the same hardware setup in a convincing way, leading to an immersive experience. This can be used for a variety of applications, including therapy, training and assessment.

John is an advocate for mental health awareness and regularly collaborates with the media and other pro-social organisations. He is the host of the #bodymindself podcast, available on Youtube, SoundCloud or iTunes, which explores the topics of applied psychology and cognitive science, experiential learning, perception, virtual and mixed reality, embodiment, mental processes and identification.

John recently spoke about the therapeutic and educational uses of AR/VR/MR at his therapy of tomorrow TEDx talk at University College Dublin. “With a growing recognition in our society of the importance of mental health there is a major opportunity to take what we have already learnt from the realms of media and entertainment and combine it with an understanding of therapeutic psychology in order to assist us in leading healthier, happier lives.”

John and JFL will be participating in ARVR Innovate 2018 as part of the Startup Zone.  Click here for more information>>> 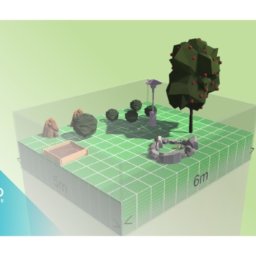