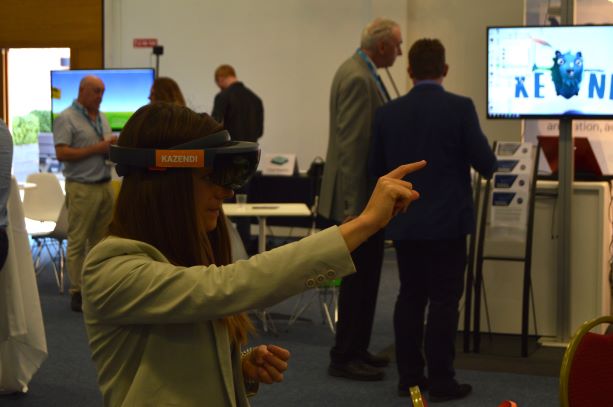 The Irish Government needs to undertake a detailed analysis of the augmented reality (AR) and virtual reality (VR) industries in this country if it wishes to capture investment in these growing markets, according to one of the country’s top AR and VR experts. Alex Gibson, Assistant Head of the School of Marketing in Dublin Institute of Technology (DIT) and one of the country’s leading scholars on these subjects cited the lack of data about the number of people working in AR or VR as evidence that there is no clear picture of how these sectors are performing in this country. There are also no official figures about the number of augmented or virtual reality companies operating in Ireland.

According to an Oireachtas PQ response provided by the Government, “AR/VR is a new disruptive technology impacting on many verticals and as a result it is difficult to scope the numbers of companies involved and the corresponding employment levels albeit a significant area of opportunity for Ireland.”

This is despite the potential impact of these sectors being acknowledged by the Government saying, “Augmented Reality (AR) and Virtual Reality (VR) were identified as technologies that are critical to Ireland’s economic and social development out to 2035.” This was further outlined in another PQ which said, “The ICT priority areas have been broadened to reflect the changes in technology since 2012 and now includes Robotics, Artificial Intelligence (including Machine Learning), Augmented Reality and Virtual Reality.”

The Government also recognises the substantial growth expected from the AR and VR sectors, saying, “Augmented Reality and Virtual Reality is seen as a significant growing global market with worldwide revenues for the Augmented Reality (AR) and Virtual Reality (VR) market set to jump 100 per cent or more over the next four years. According to a new forecast by research firm IDC total spending on such products and services is estimated to be valued at $11.4 billion this year [2017] and is expected to increase to nearly $215 billion by 2021, achieving a compound annual growth rate of 113.2 per cent along the way.”

A more detailed picture of the current AR and VR market in this country will be required if the Government is serious about bringing investment in these sectors to Ireland, according to Mr. Gibson who said, “Having a clear overview of the current state of the augmented reality and virtual reality markets in Ireland is essential if we wish to bring multinational investment to this country or if we are serious about supporting the domestic sector. The first question anyone considering Ireland as a corporate location will want to know is what does the current AR/VR picture look like in this country? They want to know if the infrastructure is in place, if there are qualified personnel available, what the competition consists of and more.

“Yet not only is there no official figure from the Government on the number of people working in this sector, they also don’t have an estimate for the number of companies or businesses operating in these markets in Ireland. That is why a detailed analysis is required for the Irish industry. Not only will it benefit all those already involved, but it will also help to secure the future growth of Ireland’s augmented reality and virtual reality landscape.”

Mr. Gibson was speaking at the launch of ARVR Innovate, Ireland’s annual conference dedicated to augmented and virtual reality. This year’s event will be held on Thursday 10th May in the RDS Concert Hall, Dublin with more than 400 people expected to attend.

Among the high level speakers participating in this year’s event will be Alibaba’s Jian Gu, one of the company’s augmented reality leads; Dave Lorenzini, COO of youAR and previously of Keyhole (which became Google Earth); Philipp Nagele, CTO of Wikitude (the world’s leading augmented reality mobile platform); Jan Pfluger who heads up Audi’s AR and VR Center as well as Barry Downes of Suir Valley Ventures and Helen McBreen of Atlantic Bridge.

Now entering its 5th consecutive year, ARVR Innovate is one of the longest established conferences on this subject matter in Europe, with the first conference taking place in Dublin in 2014. This year’s event will also boast a number of special features, including a specific strand of presentations dedicated to ‘The Business of AR & VR’. The conference’s extensive exhibition area will also include a dedicated ‘Startup Zone’ with international and Irish startup companies being invited to showcase their work and a special ‘ARVR Innovate Startup 2018’ prize to be awarded.

Speaking about the conference, Mr. Gibson, Founder of ARVR Innovate said, “We are really excited by the line-up we have in place for this year’s ARVR Innovate. As the augmented and virtual reality sectors have grown, so has our conference and this year will be our biggest event yet.

“We are delighted to have so many global and Irish experts in AR and VR participating again this year, growing on our strong track record of attracting industry renowned speakers. That is why we have delegations coming to Dublin from as far away as South Korea, China and the US to this year’s event. There will certainly be something for anyone who is involved in augmented and virtual reality – or for anyone who would like to learn more about these exciting sectors which, as the Government acknowledges, are likely to be areas of significant growth in the years ahead,” Mr. Gibson concluded.

The Oireachtas PQs quoted above were published on 21st November 2017 and the 29th March 2018 respectively. The full text to both are listed below.

121. Deputy Dara Calleary asked the Tánaiste and Minister for Business, Enterprise and Innovation the estimated value of the augmented reality and virtual reality industries here; the estimated levels of employment involved in these sectors; the number of companies based in this country operating in these sectors; and if she will make a statement on the matter. [49208/17]

Tánaiste and Minister for Business, Enterprise and Innovation (Deputy Frances Fitzgerald): My Department in its work on new and emerging sectors is constantly striving to identify areas of opportunity for Irish-based enterprise. Augmented Reality and Virtual Reality is seen as a significant growing global market with worldwide revenues for the Augmented Reality (AR) and Virtual Reality (VR) market set to jump 100 per cent or more over each of the next four years. According to a new forecast by research firm IDC total spending on such products and services is estimated to be valued at $11.4 billion this year and expected to increase to nearly $215 billion by 2021, achieving a compound annual growth rate of 113.2 per cent along the way.

As part of the evidence base for the Refresh of Priority Areas under Research Prioritisation Data Visualisation Technologies, and in particular, Augmented Reality (AR) and Virtual Reality (VR) were identified as technologies that are critical to Ireland’s economic and social development out to 2035.

AR/VR has a wide range applications across key sectors of the economy ranging from leisure and entertainment; product development and manufacturing; retail; to health and education service delivery systems.

AR/VR is a new disruptive technology impacting on many verticals and as a result it is difficult to scope the numbers of companies involved and the corresponding employment levels albeit a significant area of opportunity for Ireland. AR/VR is at a very early stage in Ireland with currently 3 multinational companies in the pure play AR/VR with many other MNCs having significant involvement in AR/VR and estimated to employ in the region of 10,000. There is also a mixture of High Potential Start-Ups (HPSUs) and more established indigenous companies also involved. The most recent sector brief on Digital Content Creation (Games, Animation and Film) provides an indication of the potential scale of AR/VR particularly in the gaming sector which is increasingly focussing on AR/VR. It is estimated that there are ca. 2,000 employees in the gaming sector across 30 agency-supported companies.

246. Deputy Niall Collins Information on Niall Collins Zoom on Niall Collins asked the Minister for Business, Enterprise and Innovation Information on Heather Humphreys Zoom on Heather Humphreys if she will provide an overview of the revised research priority areas in each of the years 2018 to 2023; the details of each revised action committed to in tabular form; the deadline for this action to be completed; and the budget funding to be made available to priority areas. [14911/18]

A rigorous exercise including extensive consultation was undertaken to develop the evidence base to inform the refresh exercise. While the evidence demonstrated that for many of the priority areas, the focus remains as relevant in 2018 as it was for the 2012 -2017 cycle, there have been several revisions and updates to both the themes and the priority areas to reflect changing circumstances in that period.

– The ICT priority areas have been broadened to reflect the changes in technology since 2012 and now include Robotics, Artificial Intelligence (including Machine Learning), Augmented Reality and Virtual Reality.

– With the focus on preventive health measures and the increasing emphasis on well-being, which is evident across all the health-related priority areas, the Health theme has been evolved to reflect these drivers and is renamed Health and Well-being.

– The Sustainable Food Production and Processing priority area is broadened to reflect the evolution in technology since 2012 and the key emerging priorities in the EU initiative Food 2030, particularly the need for climate smart and environmentally sustainable food systems and the need for circularity and resources efficiency of food systems and is renamed Smart and Sustainable Food Production and Processing.

– The most significant changes have been to the Energy theme. Based on developments since 2012, including the increased urgency to address climate change and sustainability challenges, alongside the increased opportunities for enterprise within this wider context, the Research Priority theme has evolved to reflect these drivers and is renamed Energy, Climate Action and Sustainability, and the two priority areas have been updated to Decarbonising the Energy System; and Sustainable Living.

– The services sector in Ireland is a major part of Ireland’s economy and is increasingly participating in innovative activities and the Innovation in Services and Business Processes research priority remains unchanged.

The revised priority areas are as follows:

– Innovation in Services and Business Processes

These priority areas will apply for the years 2018 to 2023. While there are no specific actions prescribed to each of the priority areas, the Government’s policy is to align the majority of competitively awarded public investment in research with these areas.

Implementation will be driven through the Innovation 2020 Implementation Group, which is chaired by my Department and comprises membership from each of the research funding Departments and Agencies and the Chief Scientific Adviser.

The revised priority areas will be of particular relevance in the context of the new €500 million Disruptive Technologies Innovation Fund announced by the Government as part of the National Development Plan 2018-2027. 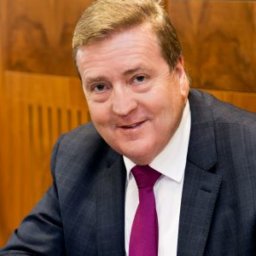